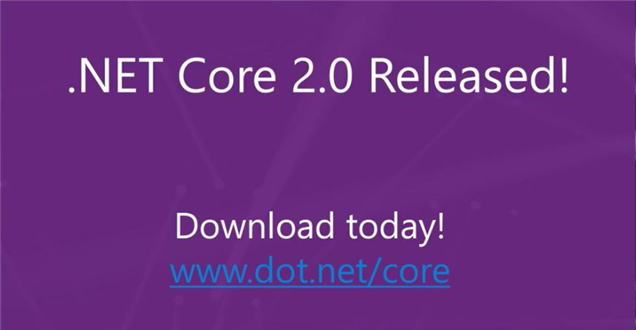 .NET Core 2.0, Microsoft’s open source, cross-platform runtime, was released on 14th August 2017, along with updates to Visual Studio 2017 (version 15.3) and Visual Studio for Mac (version 7.1). Webigence gives a quick overview of the main features and improvements. 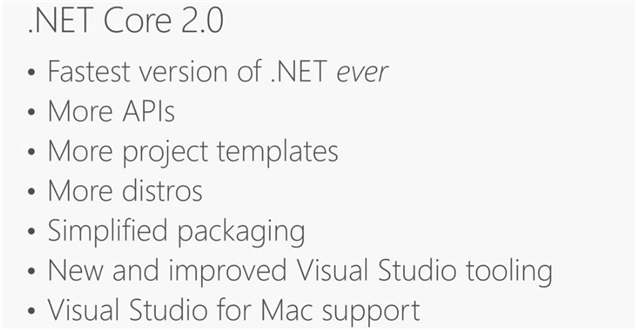 You can now build AngularJS apps on the fastest version of .NET ever! Microsoft are also now supporting Visual Studio for MAC users and have added more Linux distros with no need to download specific versions for that particular Linux - is it is becoming truly multi-platform. 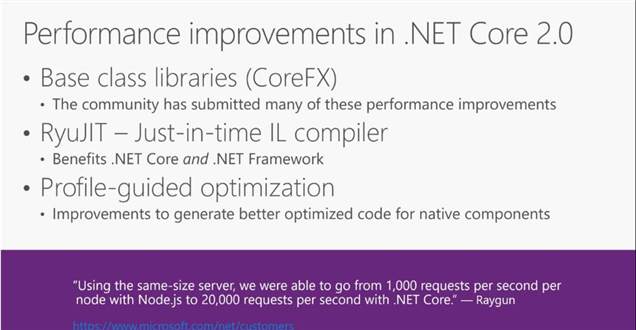 Now that it is open source, big names have embraced .NET and companies such as Google, Samsung, Illyriad Games, Unity and Redhat are now onboard. Samsung is building their Tizen platform for their televisions, mobile devices, appliances and wrist watches on .NET Core.

“We want .NET to be consistent across all platforms.”

You’ll be able to easily move your code from a Xamarin app, to a .NET Core app to a .NET framework application. 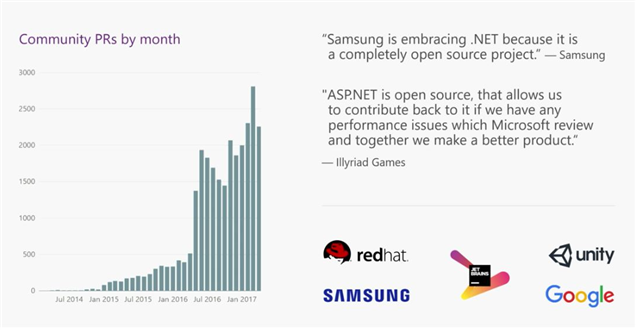 There’s recently been a big interest in serverless computing and Microsoft want to make sure that C#, .NET and Visual Studio 15.3 are the best ways to build those types of applications so they’ve added tools for Azure Functions that now ship directly in the box. You can create pre-compiled C# functions and WebJobs that simplify function binding. 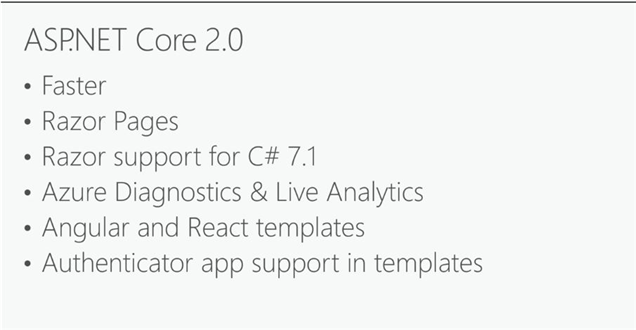 Razor Pages is an exciting feature for people building web apps quickly without having to have all the files and folders like you would in MVC. This is a simpler programming model for easy API creations and you get all the latest C# features such as Azure diagnostics and live analysis. 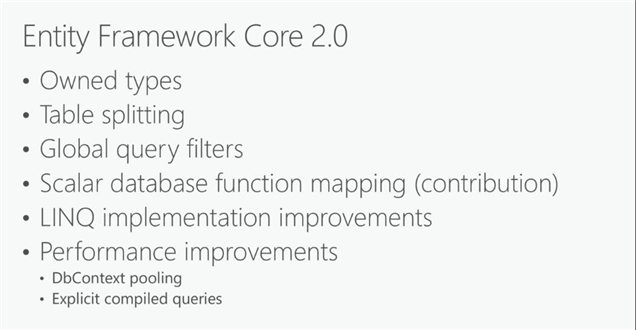 A new version of Entity Framework but it can run anywhere (cross platform) and is .NET Standard compliant so can run on .NET Core, UWP or Xamarin too. So if you’re building a .NET Core application or .NET Framework app, Xamarin application or UWP application in the RS3 timeframe, you’ll have the same data framework in all scenarios. 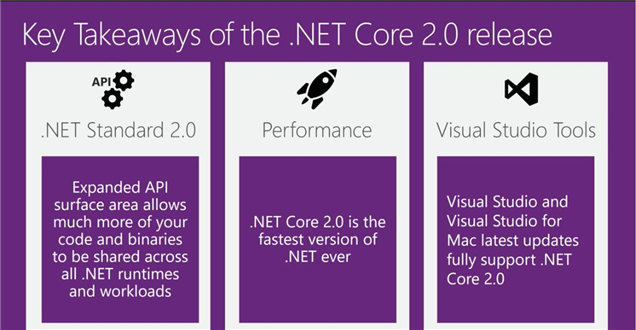 The most important take away is that in .NET Standard 2.0 has the ability for great code sharing across all the .NETs; Xamarin, .NET Framework, .NET Core - they all have the same set of common APIs. The performance has greatly improved and the Visual Studio tools support is much wider now across MAC as well.

Learn more details about the .NET Core 2.0 release and download or give feedback on the website www.dot.net/core.

Webigence consults on Microsoft Azure, and programs bespoke .NET web applications, ecommerce sites and Xamarin apps for mobile. Email info@webigence.com if you'd like to talk to us about your project.