One of Webigence’s Senior Developers and longest member of the company, Stefan, is Solvakian and he decided back in October (2013) that he wanted to move back to Slovakia after having been in the UK for eight years or so.

So rather than lose his amazing coding talent Webigence asked him to set up the European branch of the company in Bratislava and it is coming up to their 1st year anniversary. 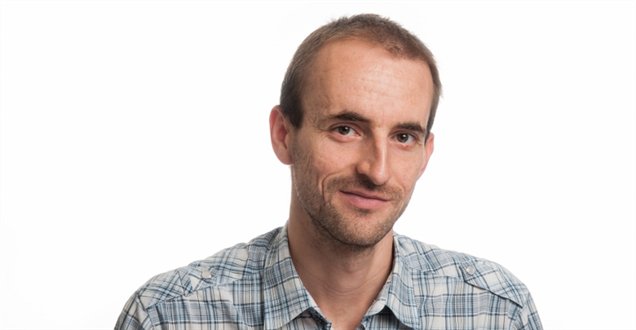 There is so much ‘outsourcing’ of programming that is done nowadays and some have a mixed opinion as to whether this is a good or bad thing. Having read the article 'Is Eastern Europe India's biggest threat for IT outsourcing?' which discusses the talent pool, cultural similarities, time zones, low attrition rates and data protection for doing programming in Eastern Europe (rather than India for example). In the section called ‘The talent pool', it outlines some good reasons/thoughts on that fact that the

"educational systems in former Soviet Union countries were mainly focused on engineering specialities.  This legacy, and the presence of strong science schools, has fuelled the rapid increase in the number of companies providing IT outsourcing and software development in the CEE region."

Given that Webigence is not ‘outsourcing’ the work but has set up an extension office, I asked Stefan to share his thoughts on the differences and benefits to being a developer in Slovakia vs the UK and what he feels the talent is like.

My first experience with programming was during my college times, when my older sister had some school projects in Turbo Pascal programming language. All in all, I'd been good at all school subjects, but mathematical and logical thinking was something much more meaningful to me than learning some phrases or dates from history by heart.

I liked creating things that would work or solve some problems, rather than doing some creating work. My first program was programmed in Turbo Pascal and it was a simple console application that I used to learn words in English/Slovak or vice versa. Because I loved both numbers and coding, I decided to go for university of economics with major in IT.

"There are a lot of colleges and universities that teach programming or computer subjects, so there is no shortage of IT education, and plenty of books in the Slovak or Czech language, that everyone understands."

There are some good IT magazines and most Slovak youngsters speak fairly good English, so people don't have any problems looking things up on the internet or reading. So I find the education and quality of people learning coding is quite good, and not any lower compared to the UK - it's just the country is smaller and there is quite a high demand for IT professionals, so the choice is smaller.

"The mentality of Slovaks in general could be described as hard-working. Sometimes it could be hard to get a job (not so true about IT), so I believe people appreciate it more."

My university mates were all very good, although our university wasn't as technically focused as other universities in Bratislava. The problem is, that technologies used/required/learnt at school are more Java oriented, and that doesn't quite help Webigence in recruiting as .NET is not so widespread.

As the market and competition is smaller over here in Bratislava, services are therefore more expensive but with lower quality/paying clients. This is especially true about phone and internet services. However, rents are still incomparable with UK. Entrepreneurs are driven by an immature and short-sighted approach to business in order to "earn money quickly" rather than keeping long-term relationships.

Working with colleagues is pretty much the same as in the UK team and with remote working being so easy nowadays there is no difficulty with communicating across projects. The only difference is the language spoken. We speak two languages (not including programming languages). This puts pressure on an employee and filters out some potential candidates who might be very good at programming but otherwise unfit for the job because of the language barrier. Not everyone speaks good English, but it's not vital to have an absolutely perfect command. It's more about the communication skills that are vital to any job. In the UK, this problem doesn't exist, as you obviously have to speak English to live there. On the other hand, if we had some Slovak clients, it would bring some more work, as we'd need to translate our CMS system into Slovak.

Programming/coding is intelligent communication whether you physically speak the same language or not. Since we are an international company and there are a lot of foreigners in Bratislava too, so you never know...we may end up recruiting non-native speakers whose 2nd/3rd/4th language is English (including coding languages as a developer may have learned C# before they aren't English!)

Adam and Matej also work in out Bratislava office and they shared their thoughts with me on how they first got into coding and why. 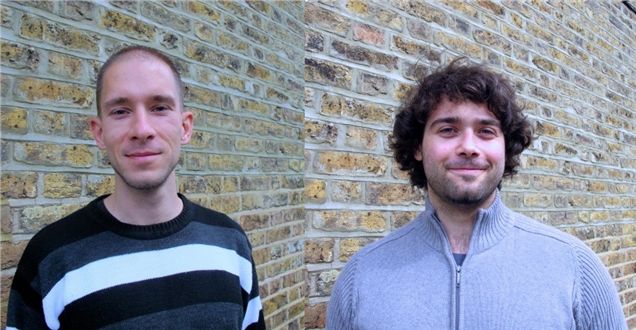 I first learned coding at the university. I learned some coding during a high school course, but that was more like an introduction. They used Comlogo, which it was quite fun, and Pascal (which wasn’t). I wanted to do cool stuff, like games, graphics or AI and although coding wasn’t especially encouraged my sister’s ex was very passionate about it and taught me some stuff, but  I knew almost nothing about programming until I was 16 or 17 (during that high school course).

The main source of information is probably the internet. There is a small community of young teams and start-ups, that provides motivation and encouragement, and an IT faculty (FIIT) that has good reputation and receives quite a lot of funding. In Czech, they have conferences for more exotic things like game development and universities organise game dev jams.

When I was at college I went to a lesson titled ‘Programming’ (in slovak ‘Programovanie’) where I learnt programming in Turbo Pascal which was a good starting point. This fuelled my dream to be programming PC games and I was inspired by my brother as he is programmer too (he is a very good programmer, but I want to be better!)

I think the internet created many opportunities and over here there are lots of jobs for programmers, but not for junior programmers.

*Update: Now with Brexit happening, what does this mean for Tech in the UK and sourcing skilled programmers? Webigence has an office in Eastern Europe that taps into the great coding talent coming from Europe whilst still having it's HQ in London.

Please visit our case studies page to see recent web development projects we have programmed in ASP.NET. If you would like to discuss a project please get in touch by emailing info@webigence.com.