Xamarin Forms is a cross-platform development software that allows developers to build mobile applications using C#, which then compiles into native code. A majority of code can be reused for the various platforms. One of Webigence's developers who has worked on one of our client Xamarin Apps,  talks through why she likes using Xamarin. 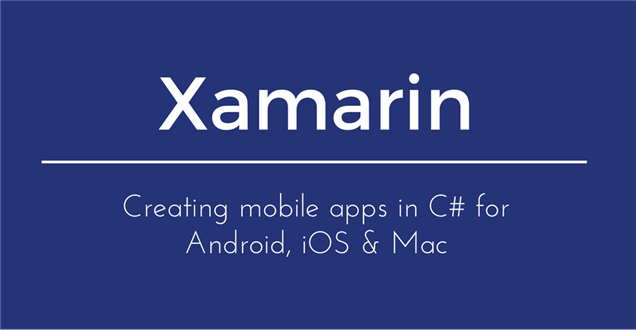 I’ve been working with Xamarin to create  mobile apps for a while now across a few client projects and am really enjoying building mobile apps with such a sophisticated and professional outcome, since Xamarin offers a lot of controls which are customisable. My work focuses on building the UI for Xamarin apps, which I feel is where most of the learning takes place. Coming from a web developer background, I’ve needed to learn to use Xamarin as well as have a basic understanding of coding for native platforms. There is also the need to think about performance carefully since resources are more limited on a phone.

As mentioned previously, there are controls which are offered by Xamarin which compiles to cross-platform controls, such as 'Label' which is equivalent to UILabel (iOS), TextView (Android), and TextBlock (Windows). Those who have worked with Windows Presentation Foundation will find that there are similarities in naming and behaviour.

If you want to customise and extend these controls, then you’ll have to turn to Custom Renderers which allow you to use platform-specific functionality. This is where the syntax is very similar to the syntax of the programming languages used in apps for the various platforms, e.g. Java for Android, and Swift/Objective-C for iOS. 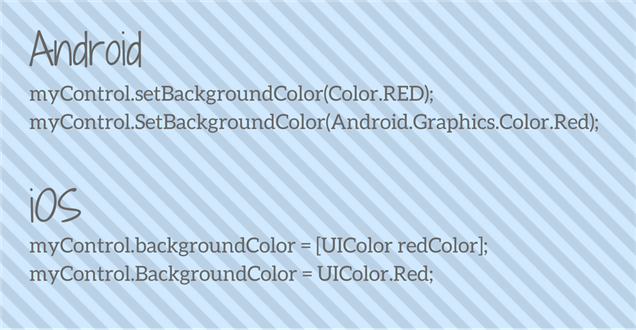 The above shows a simple example of setting a control’s background colour to red. The first line shows how it would be coded natively with the Xamarin Forms equivalent underneath. Custom Renderers aren’t limited to just changing background colours, there is an example on the Xamarin Developer Guide site which shows an app using the phone’s camera. 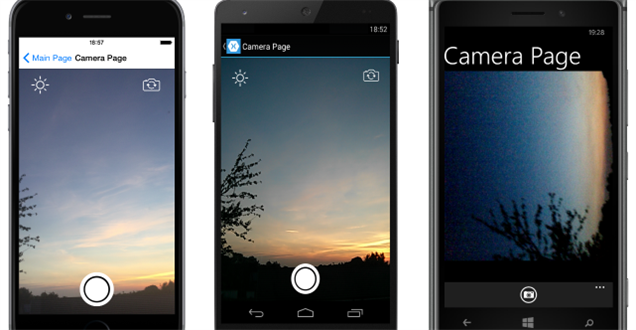 Xamarin is good for being able to efficiently create apps which work across multiple platforms. It is easy to jump in with only C# knowledge, but to fully utilise everything and expand on what Xamarin offers requires extra learning.

Xamarin has been made open-source and was acquired by Microsoft since February 2016, which has resulted in Visual Studio users being able to use Xamarin for free. With a growing community, Xamarin is constantly evolving and new features are always being added which makes it an exciting time to be part of the Xamarin community!

If you have a mobile app you need building, email info@webigence.com and we'll happily talk to you about how we can help.

Also have a look on our website at one of our client Xamarin Apps.