.NET Core is rapidly evolving - the Microsoft .NET Core team have been working hard and building the framework to be more encompassing than ever, and one chap (Eric Mellino) has taken it upon himself to build a gaming engine using the .NET technology. 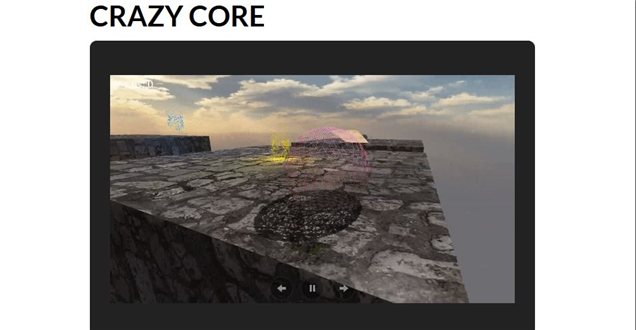 This one-man developer game built from scratch is called ‘Crazy Core’, “an arcade-style 3D platformer where you guide a ball through various obstacle-filled levels” and Eric says in his blog that he wanted to test out .NET Core and put it through its paces. He says that

.NET Core is rapidly evolving, and performance optimizations are merged in every
day. On another front, the CoreRT project is going to be a very interesting technology for building games. While not ready for prime-time yet, the ability to deliver a heavily-optimized, ahead-of-time-compiled binary will be great for games.

You can read the full blog Building a 3D Game Engine with .NET Core and his second post Designing a 3D Rendering Library for .NET Core, which goes into more detail about the benefits of using a managed language runtime like .NET and the rendering library that powers all of the 3D and 2D rendering in the game engine for Crazy Core.

At Webigence we love to flex our coding muscles in programming the highest quality web platforms, applications, portals and mobile apps and are delving into the world of gaming building some exciting things, so watch this space.....